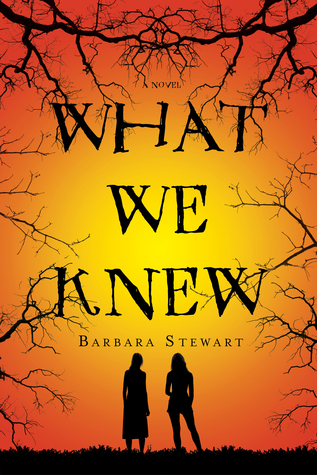 When a local myth starts to seem like a dangerous reality, two girls are set on a path that could change their lives forever

“When I was little, I imagined a monster: Scaly hands. Pits for eyes…”

When Tracy and her best friend, Lisa, were kids, stories about a man—a creep who exposes himself to little girls—kept them out of the woods and in their own backyards. But Tracy and Lisa aren’t so little anymore, and the man in the woods is nothing but a stupid legend. Right?

But someone is in the woods. Someone is watching. And he knows all their secrets, secrets they can’t tell anyone—not even each other.

Lisa’s just being paranoid. At least that’s what Tracy thinks. But when a disturbing “gift” confirms her worst fears, it sets the girls on a dangerous journey that takes them beyond the edge of the woods. But reality is more terrifying than the most chilling myth, and what they find will test the bonds of friendship, loyalty, and love.

“Once upon a time, two girls were lost in the woods.”

In Barbara’s Stewart’s What We Knew, Tracy and Lisa can’t destroy the evil they’ll face, but can they stop it from destroying each other?

Special thanks to St. Martin’s Griffin for providing me with an advance copy of the book for review!

What We Knew was a thrilling page-turner that I devoured in practically one sitting. The synopsis hinted that this was going to be a dark book, and it was. There were lots of moments where I was chilled to the bone by the horrors that this book brought to light — the horrors of reality.

While What We Knew should definitely be classified as a thriller for the mysteriousness in the way that it was written, the content was that of a darker contemporary, and I thought that the story reflected that. The main characters are troubled and there is more going on than just the thrilling and scary aspects of the story, which I really liked.

My favorite aspect of the book had to be the emails that were interspersed throughout the chapters, written from the main character, Tracey to her brother, Scott. Those emails gave lots of insight to what happened to Tracey, her best friend Lisa, and Lisa’s sister Katie at the end of the novel. They created tons of suspense and curiosity to find out what the events described amounted to.

One part of the book was a bit confusing to me and seemed sort of unnecessary (I can’t say without spoiling), which is why I felt like I could only give this a 4.5 star rating.

There is a bit of romance (and I guess you could consider it a love triangle…), but it felt right for the story. It wasn’t overpowering and it made the whole story of a group of high school kids seem more realistic.

I mentioned before the darkness that this book has within its pages. Without spoiling too much, I wanted to warn that sexual abuse is a topic, and it’s handled well, but it’s definitely prevalent and a major part of the storyline.

Overall, What We Knew was chilling, realistic, and a suspenseful page-turner! If you’re into books with dark themes and thrilling stories, this is the book for you!

4 thoughts on “Review: What We Knew by Barbara Stewart”