The stunningly original, must-read fantasy of 2018 follows two fiercely independent young women, centuries apart, who hold the power to save their world…or doom it.

When assassins ambush her best friend, the crown prince, Rielle Dardenne risks everything to save him, exposing her ability to perform all seven kinds of elemental magic. The only people who should possess this extraordinary power are a pair of prophesied queens: a queen of light and salvation and a queen of blood and destruction. To prove she is the Sun Queen, Rielle must endure seven trials to test her magic. If she fails, she will be executed…unless the trials kill her first.

A thousand years later, the legend of Queen Rielle is a mere fairy tale to bounty hunter Eliana Ferracora. When the Undying Empire conquered her kingdom, she embraced violence to keep her family alive. Now, she believes herself untouchable–until her mother vanishes without a trace, along with countless other women in their city. To find her, Eliana joins a rebel captain on a dangerous mission and discovers that the evil at the heart of the empire is more terrible than she ever imagined.

As Rielle and Eliana fight in a cosmic war that spans millennia, their stories intersect, and the shocking connections between them ultimately determine the fate of their world–and of each other.

END_OF_DOCUMENT_TOKEN_TO_BE_REPLACED

Happy New Year, everyone! Can you believe it’s 2018 already?! I couldn’t think of a better way to start the year than with a review for one of my favorite books that is releasing at the end of the month!

On another note, I’m back at school so expect posts to be sparse for a little bit.

The Hazel Wood by Melissa Albert

Seventeen-year-old Alice and her mother have spent most of Alice’s life on the road, always a step ahead of the uncanny bad luck biting at their heels. But when Alice’s grandmother, the reclusive author of a cult-classic book of pitch-dark fairy tales, dies alone on her estate, the Hazel Wood, Alice learns how bad her luck can really get: Her mother is stolen away―by a figure who claims to come from the Hinterland, the cruel supernatural world where her grandmother’s stories are set. Alice’s only lead is the message her mother left behind: “Stay away from the Hazel Wood.”

Alice has long steered clear of her grandmother’s cultish fans. But now she has no choice but to ally with classmate Ellery Finch, a Hinterland superfan who may have his own reasons for wanting to help her. To retrieve her mother, Alice must venture first to the Hazel Wood, then into the world where her grandmother’s tales began―and where she might find out how her own story went so wrong.

END_OF_DOCUMENT_TOKEN_TO_BE_REPLACED

I Hate Everyone But You by Gaby Dunn & Allison Raskin

To be published September 5, 2017, by Wednesday Books.

I can already tell that I will hate everyone but you.

Ava Helmer
(that brunette who won’t leave you alone)

We’re still in the same room, you weirdo.

So begins a series of texts and emails sent between two best friends, Ava and Gen, as they head off to their first semesters of college on opposite sides of the country. From first loves to weird roommates, heartbreak, self-discovery, coming out and mental health, the two best friends will document every moment to each other. But as each changes and grows into her new life, will their friendship be able to survive the distance?

I Hate Everyone But You, the debut novel by two emerging major talents in YA, Allison Raskin and Gaby Dunn, is a story about new beginnings, love and heartbreak, and ultimately about the power of friendship.

END_OF_DOCUMENT_TOKEN_TO_BE_REPLACED 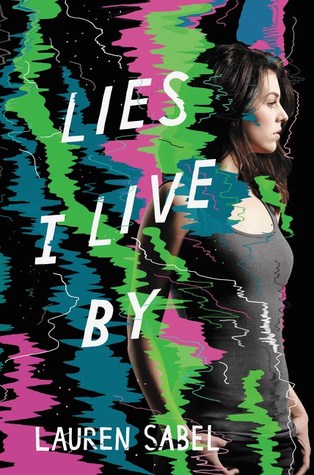 Romance, intrigue, and action collide in this psychic twist on the classic spy novel.

Callie Sinclair is literally out of her mind; as the government’s youngest psychic spy, she finds valuable information for top-secret missions. Her work keeps her headaches at bay, but it means she must lie to everyone she loves, including her longtime boyfriend, Charlie.

When a new psychic arrives at the office, Callie can’t help but flirt; Jasper already knows her in a way Charlie never will.

But as her love life gets more complicated, so do her visions. People halfway around the world seem to be in danger…and people in her own backyard, too. If Callie can’t find a way to alter future events, she could lose the people she loves—and her mind. Literally.

Special thanks to Hannah, the publisher, and Edelweiss for letting me be a part of this tour and for receiving an advance copy of the book for review!

The first thing that piqued my interest about Lies I Live By was the main character, Callie’s, struggle with migraines and the connection between them and her ability. I get migraines myself, so I was definitely excited to see how the author would incorporate them into the story. And of course, the government sponsored agency and partnering with the CIA was exciting, because who doesn’t love a good government conspiracy? Although this book didn’t turn out to be quite what I’d hoped, I still really enjoyed what I did get!

END_OF_DOCUMENT_TOKEN_TO_BE_REPLACED

Posted on May 19, 2016May 18, 2016 Posted in ReviewTagged 4 hearts, eARC, Retelling, sarah rees brennan, Tell the Wind and Fire, urban fantasyLeave a comment

In a city divided between opulent luxury in the Light and fierce privations in the Dark, a determined young woman survives by guarding her secrets.

Lucie Manette was born in the Dark half of the city, but careful manipulations won her a home in the Light, celebrity status, and a rich, loving boyfriend. Now she just wants to keep her head down, but her boyfriend has a dark secret of his own—one involving an apparent stranger who is destitute and despised.

Lucie alone knows of the deadly connection the young men share, and even as the knowledge leads her to make a grave mistake, she can trust no one with the truth.

Blood and secrets alike spill out when revolution erupts. With both halves of the city burning, and mercy nowhere to be found, can Lucie save either boy—or herself?

Special thanks to Clarion Books and NetGalley for providing me with an advance copy of the book for review!

I put off reading this book for a looooooong time (longer than I really should have) because for some reason, most of my Goodreads friends’ reviews of this book were very low. I’m talking one-two stars. This made me really nervous, because, I would normally trust these people! So I finally worked up the nerve to read this book for three reasons: (1) The synopsis sounded really cool, and Sarah Rees Brennan is awesome, (2) I was going to be meeting Sarah like, the next day, and (3) it was a retelling of A Tale of Two Cities by Charles Dickens, which I haven’t read, and therefore felt that maybe some low rating were due to retelling issues which wouldn’t affect me. Turns out, I completely and wholeheartedly disagree with those reviews. Therefore, the moral of the story is, READ THE DARN BOOK EVEN IF IT’S GETTING BAD REVIEWS. At least try, because hopefully like my case, you’ll end up loving it!

Well, let me just say that I wish I had read this book sooner, people. It turned me into an emotional, sobbing, wreck. SARAH REES BRENNAN YOU ARE VERY CRUEL. But that is all thanks to the ending. I’ll start with the beginning.

I loved how Sarah weaved magic into the storyline. Yes, some parts were a little confusing (about how the Light and Dark magicians need each other, the actual workings of the magic, etc.) but I dealt with that. But my favorite thing was the doppelgangers! The idea that they are created when a magician is trying to save someone on the brink of death was chilling. The fact that they are basically society’s rejects added so much emotion, especially when we get introduced to Carwyn (*HEART EYES ALL OVER*). There is all this stigma in both the Light and Dark cities about being a doppelganger, and them not being considered real people, or believed to not have souls, which was so interesting.

That leads me to talk characters. Lucie and Ethan were pretty “meh” characters to me. Lucie was a typical symbol of rebellion, Ethan was the “golden boy,” but I loved me some Carwyn… While Lucie and Ethan were pretty boring, Carwyn was completely the opposite. He was dark, brooding, definitely the “bad boy,” but he had lots of depth due to the fact that he was a doppelganger. He was also morally ambiguous, which makes for awesome characters. I really came to root for him to have a happy ending, even over the others, because of the things he reveals about himself, and his actions throughout.

There’s a romance between Lucie and Ethan (not a spoiler, don’t worry), which I found to be about as bland as the characters. It got a little better when we learned the history of how the two got together, but it was nothing special to me. I found Lucie and Carwyn’s almost relationship to be much more interesting. If you’ve read the book already, CHAPTER 18 AH!!! It hit me right in the feels. The complexity and the forbidden wrongness of Lucie helping a doppelganger made it much more exciting. And my oh my the sexual tension was coming off of Carwyn in droves!

The ending completely destroyed me, just as I knew it would, but was hoping it wouldn’t. Sarah wasn’t afraid to hit us very very hard in the heart. This will be one that you’ll want to emotionally prepare for.

While I was a big fan of the story, the writing was also wonderful. The dialogue she created for and between the characters *cough* especially Carwyn *cough* was really great, and of course, emotional.

All in all, Tell the Wind and Fire was a great story! But the highlight for me was Carwyn (if you couldn’t tell he’s totally my current book boyfriend), and the complexity his character brought to the story, and the world. If you’re a fan of sexy bad boys and urban fantasy, this is the book for you!