Skip to content
Posted on July 31, 2014September 5, 2015 Posted in ReviewTagged 4 hearts, dystopian, kiera cass, romance, The Elite, the one, the selection4 Comments

The highly anticipated third book in Kiera Cass’s #1 New York Times bestselling Selection series, The One will captivate readers who love dystopian YA fiction and fairy tales. The One is perfect for the fans who have followed America’s whirlwind romance since it began—and a swoon-worthy read for teens who have devoured Veronica Roth’s Divergent, Ally Condie’s Matched, or Lauren Oliver’s Delirium.

The Selection changed America Singer’s life in ways she never could have imagined. Since she entered the competition to become the next princess of Illéa, America has struggled with her feelings for her first love, Aspen—and her growing attraction to Prince Maxon. Now she’s made her choice . . . and she’s prepared to fight for the future she wants.

Find out who America will choose in The One, the enchanting, beautifully romantic third book in the Selection series!

After much anticipation for the finale to The Selection series, I am happy to say that The One was a satisfying conclusion.

It started off a little slower than I was expecting, but it soon picks up, politics and rebellions being a larger part of the storyline than in the previous two books. There’s definitely more action and excitement surrounding events other than The Selection itself, which I really liked.

Of course romance remains the main aspect of the story. I was very happy to find that the America in The One is much more decisive than the America of The Selection and The Elite. She finally made her choice (took her long enough!) but I was glad to see that she came to her conclusion quickly.

Although this did lead to a predictable ending, BUT I was okay with that. The fact that America finally made a decision made me SO happy as a reader. I was so glad she finally figured out what was right for her.

I wasn’t really partial to either Maxon or Aspen (I spent my fair share of time loving them both!), but I can honestly say that all readers, whether Team Maxon or Team Aspen will be satisfied with America’s choice. The One had a very “happily ever after” ending, so I don’t think anyone will be too disappointed.

Overall, The One was a cute, fun, and happy ending to a series that I’ve really enjoyed! Those of you who are wary to start reading straight dystopian would be perfect for these books, or even those well-read in the genre. The Selection series makes for a fun and light story that everyone is sure to enjoy! 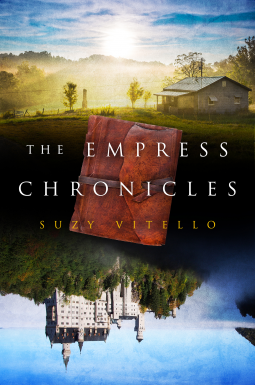 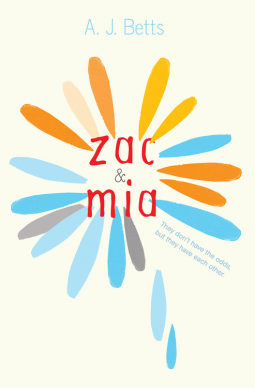 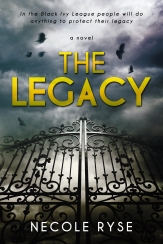 Posted on July 13, 2014 Posted in Week in ReviewTagged A Little Something Different, kiera cass, Sandy Hall, the one12 Comments

Week in Review is a weekly post in which I wrap up what’s happening in my life, in books, and in blogging (inspired by Anna @ Anna Reads)! 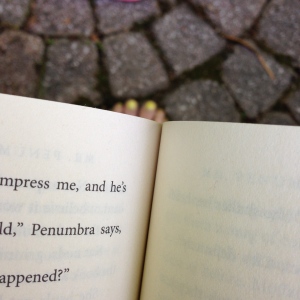 I’ve spent a lot of time this week getting ready for my vacation which is fast approaching and I’m VERY excited about. I’m hoping to read a lot as I have two 5-hour car rides and the whole week to meet up with some friends and just enjoy and relax! I did go to the pet store to start picking up some kitten things as my little kitty will be arriving either the last week in August or the first of September. The store was actually hosting a shelter with a bunch of volunteers and I inquired about becoming one and they said they were in need of cat-loving people, so now I’ll be volunteering ever Saturday with kittens to help them find loving homes to be adopted in! What a great way to spend two hours of my Saturday! I did spend a good chunk of time reading outside, though. I love to enjoy the weather when I can… 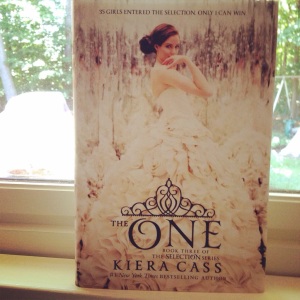 The One (The Selection, #3) by Kiera Cass – OMGOMGOMGOMG I finally have this in my clutches. I’m so excited I just couldn’t resist the bargain…I must finish and see who America chooses!!

I finally read Mr. Penumbra’s 24-Hour Bookstore by Robin Sloan (review linked below) and I absolutely adored it. You guys that raved about it were all so right! Thanks for making me read it sooner! ❤ I’m now currently reading A Little Something Different by Sandy Hall. Me right now: AHHH CUTENESS. That is all.

I hope you all had a wonderful week! I’d love to hear all about it! 🙂

There are SO many books that I really want to read this summer so narrowing it down to 10 will be a little tricky… Many of these books are ones that I’ve had sitting on my shelf or eReader for a sad amount of time that I want to read. Also this list is completely random and unordered.

***Prepare for some sass below. I was in a sassy and sarcastic mood when I was writing this post last night.***

I’ve been meaning to read this one for such a long time! I’ve heard awesome things about it, plus it’s by Ransom Riggs who is also awesome. So obviously the book must be awesome, too.

I got this one last summer and still haven’t read it. I live in shame.

I seriously cannot believe I haven’t finished this series. I’m hoping I’ll be re-motivated to binge read these last two after watch the un-released pilot of the TV show when it’s released on Hulu this Friday! I’m SO excited for it, by the way!

I can always count on these books for some action and entertainment. Michael Grant, you are too good.

5. A Feast for Crows by George R.R. Martin

I’ve heard this is kind of a filler book…I’m nervous I won’t be able to get into it. But I shall push through.

6. The One by Kiera Cass (and the novellas)

I really just want to read all the swoon-y kiss-y scenes. I don’t have a preference for guy, I just want to swoon and see who she picks! (Is that shallow of me?)

7. Ignite Me by Tahereh Mafi

8. Through the Ever Night & Into the Still Blue by Veronica Rossi

Another series I can’t believe I haven’t finished. What is my problem with not finishing series that I LOVED the first book?!

Bring on the Peter Pan feels. I’m not ready, but bring ’em.

What books do you have on your summer TBR list? Let me know in the comments!

My inner graphic designer was crazy happy with this week’s topic! Here are some of the covers I think are the most beautiful!