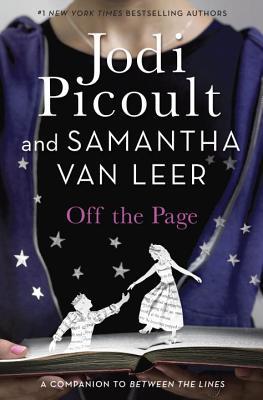 This is so difficult for me to do this because there were SO MANY books that I wanted to read that were released last year and just didn’t get around to for whatever reason. But I have a feeling everyone is in the same boat as me… In no particular order, here are the books that made my list!

Princess of Thorns by Stacey Jay | The Vault of Dreamers by Caragh M. O’brien | Wings by Elizabeth Richards | Summer State of Mind by Jen Calonita | Prisoner of Night and Fog by Anne Blankman

Princess of Thorns was a case of my NetGalley requesting restraint, but it was a mistake, according to everyone that has read it. I should have gone for it! The Vault of Dreamers was getting some mixed reviews, but it sounded like my kind of book despite other reviewer’s complaints. Wings is the last book in Richards’ Black City trilogy which I LOVE — guilty pleasure sexy goodness! Summer State of Mind is the companion to Sleepaway Girls that I read a million years ago but adored for its cuteness. And Prisoner of Night and Fog just sound SO INTRIGUING. World War II fascinates me in a disturbing kind of way, and this book sounds like my kind of read.

Ignite Me was one of those were I told myself I absolutely HAD to read it immediately after Unravel Me, but just didn’t get around to it, unfortunately. Her Dark Curiosity, like with Ignite Me, I just didn’t get to. But I adored The Madman’s Daughter, so this one has high priority for 2015. The Queen of the Tearling was a book that I wanted to read because everyone else was reading it, and Emma Watson was already cast as the main character. I actually kept putting off buying it because man is it expensive for a book! Jackaby was one I was hearing nothing but amazing things about. Biggest Flirts is by Jennifer Echols, and her books are promised to be super cute, plus this series is pretty popular right now as the third(?) book is coming out soon.

What 2014 releases did you mean to read but didn’t get the chance?

This will be my first ever Top Ten Tuesday post! Yay! This week’s topic is:

I chose my latest guilty pleasure TV obsession – Reign on The CW!