I originally hadn’t planned on reading The DUFF, having heard mixed things about it. But then I saw the movie trailer and couldn’t stop laughing, and I got sent a copy of Lying Out Loud, its companion, for review, so I jumped on the bandwagon! I’m glad I did because The DUFF was a blast to read! 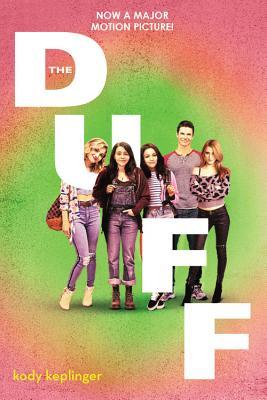 Seventeen-year-old Bianca Piper may not be the prettiest girl in her high school, but she has a loyal group of friends, a biting wit, and a spot-on BS detector. She’s also way too smart to fall for the charms of man-slut and slimy school hottie Wesley Rush. But things aren’t so great at home and Bianca, desperate for a distraction, ends up kissing Wesley. Worse, she likes it. Eager for escape, Bianca throws herself into a closeted enemies-with-benefits relationship with him.Until it all goes horribly awry. It turns out Wesley isn’t such a bad listener, and his life is pretty screwed up, too. Suddenly Bianca realizes with absolute horror that she’s falling for the guy she thought she hated more than anyone.

Well, this book was the bomb. I had never really took the time prior to the buzz of the movie to pick this book up off the shelf and read the description, and boy was I missing out! The DUFF is real, hilarious, and unexpected.

The main character, Bianca, was one of my favorite parts of the book (one of — we’ll get to Wesley later…). Being inside of her mind was about as funny as you could get. Her thoughts as well as her smart remarks make for a narrative that will keep you reading purely for the fun of it. Add Wesley to the mix and BAM everything gets even better. Their chemistry and relationship, especially Bianca’s thoughts about it, were adorable, and yet again hilarious. BANTER! Wesley is a total *selective words* on the outside but when you read on you’ll understand what makes him wonderful. His looks just add to thewonderful-ness…

I loved the overall story, too. Although mainly a lighter read, the book does touch on some more serious topics in a way that felt natural for a book set in a high school.

The one thing that I didn’t like was that it ended kind of abruptly in my opinion. I wanted more of Wesley and Bianca!!! But the ending was about as cute as cute can get, so it’s all okay.

So, overall, The DUFF was a pleasant surprise. I flew through the book, and couldn’t get enough of it! Another book boyfriend to add to the list… 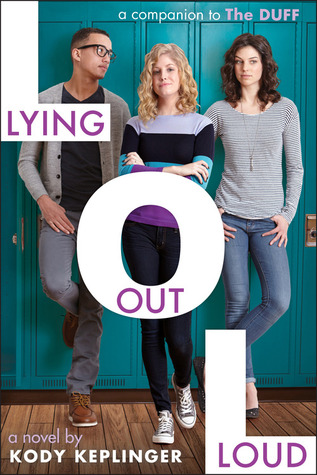 Kody Keplinger returns to the world of The DUFF in this brand-new companion novel!

Amy Rush might be the only person Sonny shares everything with — secrets, clothes, even a nemesis named Ryder Cross.

Ryder’s the new kid at Hamilton High and everything Sonny and Amy can’t stand — a prep-school snob. But Ryder has a weakness: Amy. So when Ryder emails Amy asking her out, the friends see it as a prank opportunity not to be missed.

But without meaning to, Sonny ends up talking to Ryder all night online. And to her horror, she realizes that she might actually like him. Only there’s one small catch: he thinks he’s been talking to Amy. So Sonny comes up with an elaborate scheme to help Ryder realize that she’s the girl he’s really wanted all along. Can Sonny lie her way to the truth, or will all her lies end up costing her both Ryder and Amy?

Special thanks to Scholastic Press for providing me with an advance copy of the book for review!

Maybe it was because I had just read The DUFF immediately before reading Lying Out Loud, but to me, LOL didn’t live up to my expectations after reading The DUFF. Sure I still liked it, but while The DUFF had amazing characters, I found the ones in LOL to be a bit unexciting.

The story had the same cute and fun vibe, but there was just something missing for me. While I enjoyed the banter between Ryder and Sonny, I didn’t like Amy, which I was really disappointed about. I was hoping for another incredible Rush!

Speaking of the Rush family… Wesley fans will be happy to get more of him! (Quite a bit more than I expected, actually!) I really liked how Keplinger tied the two books together with revisiting a bunch of our favorite characters from The DUFF.

By the end of the book I was totally rooting for Sonny and Ryder, though! But the ending I had a bit of a dilemma with due to it being open-ended. I’m not one that likes stories with endless possibilities. But hey, maybe this means companion novel #3?!

All in all, Lying Out Loud had the same charm as The DUFF, but I don’t think any follow-ups will live up to the original characters and storyline from the world of Hamilton High. It’s still definitely worth the read if you’re looking for another funny and cute read, but not my favorite.

18 thoughts on “Double Review: The DUFF & Lying Out Loud by Kody Keplinger”