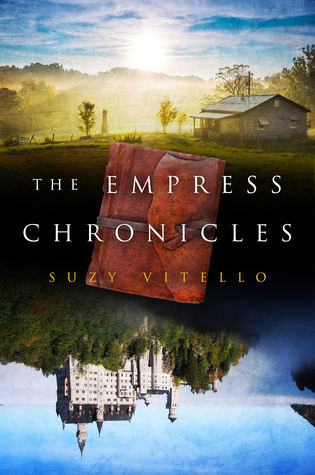 In this dazzling novel from the author of THE MOMENT BEFORE, one courageous girl seeks keys to the past to unlock the future…

When city girl Liz is banished to a rural goat farm on the outskirts of Portland, the 15-year-old feels her life spiraling out of control. She can’t connect to her father or his young girlfriend, and past trauma adds to her sense of upheaval. The only person who seems to keep her sane is a troubled boy who is fighting his own demons. But all of this changes in one historical instant.

One-hundred fifty years earlier, Elisabeth of Bavaria has troubles of her own. Her childhood is coming to a crashing end, and her destiny is written in the form of a soothsaying locket that has the ability to predict true love. But evil is afoot in the form of a wicked enchantress who connives to wield the power of the locket for her own destructive ends.

When Liz finds a time-worn diary, and within it a locket, she discovers the secrets and desires of the young Bavarian princess who will one day grow up to be the legendary Empress of Austria.

It is in the pages of the diary that these two heroines will meet, and it is through their interwoven story that Liz will discover she has the power to rewrite history—including her own…

Readers of books like Rachel Harris’s MY SUPER SWEET SIXTEENTH CENTURY will love THE EMPRESS CHRONICLES.

Special thanks to Diversion Books and NetGalley for providing me with an advance copy of this book for review!

I went into The Empress Chronicles without much prior knowledge as to what exactly it was about. When I saw the title up on NetGalley I was intrigued, skimmed the synopsis, and knew immediately that I had to read this book! Then the cover was revealed and my jaw pretty much dropped. I mean it’s beautiful! And it fits the story perfectly, another bonus! But on to the actual contents…

The Empress Chronicles is written in alternating POVs: one from Liz, who lives in the present day, and has a combination of an eating disorder and OCD; the other is Sisi, a dutchess from Bavaria (who was a real historical figure, I might add) who is dealing with the struggles of being a teenaged girl and royal at the same time. I really enjoyed that the author chose to write the story this way. The book is almost like two separate stories alternating back and forth, but, toward the end of the book their stories start to be intertwined together. The only problem I had with this aspect of the book was that the chapters always seemed to end abruptly. The alternating chapters didn’t flow together nicely until the end when both main character’s paths start to cross.

I also felt that the book was a bit underdeveloped when it came to relationships, particularly in Sisi’s chapters. I know that the characters are relatively young (15), but I still felt like she came off as extremely young and naïeve in that with her first love interest she’d never even spoken to him in person! Yet because he sent her romantic letters and gifts she was “in love” with him. Thank goodness that romance didn’t last long… But even in Sisi’s relationship with Count S., I found that it was pretty underdeveloped. I think this was in part due to the choppiness of the chapter endings, spanning large amounts of time in between. That being said, Liz’s relationship with Cory was taken much slower and was definitely the more developed of the two.

One this I particularly enjoyed was how Liz’s OCD and eating disorder were written. I really got to understand the mind of people that have these diseases and disorders, and from what I can tell they were written to be very realistic. To those of you that are wary of books with eating disorders, this is not your typical eating disorder book. Liz doesn’t throw up or anything in the book, but her lack of want to eat is caused by her OCD and repulsion to the textures and look of food. So don’t check this book off of your list quite yet!

And I can’t forget to mention the amazing fantasy elements that we begin to see in The Empress Chronicles! The characters begin to communicate through time periods by using an old journal of Sisi’s. I wish that we got to see more of the main character’s interactions through the journal, but I’m hoping that if there is a second book to this series, the author will delve into the magical aspects of the story further! I absolutely loved the ending, because Sisi and Liz seemed to start being comfortable in their own skin and with their decisions, and I hope that the story will continue on in another book, because that ending didn’t have any closure at all!

Overall, The Empress Chronicles was a great beginning to what I hope will be a wonderful fantasy series! The coming of age and fantasy elements were really the stars of this book, and I can’t wait to see what the author has in store for these characters, and see how their paths will cross even further!

8 thoughts on “Review: The Empress Chronicles by Suzy Vitello”